Police Officer Ryan O’Connor was raised in St. Louis, Missouri. His father was a Marine Sergeant in Vietnam and then spent 44 years in law enforcement. Ryan’s older brother, Kenny, was a cryptologist assigned to Seal Team 8, serving 20 years in the Navy.

Following in his family’s footsteps, Ryan decided to dedicate his life to protecting people. After graduating from the police academy in 1997, he was hired by the St. Louis County Police Department. Ryan served there for 12 years before joining the Ferguson Police Department. Later, Ryan accepted a job with the Arnold Missouri Police Department. He received multiple awards for his admirable service. 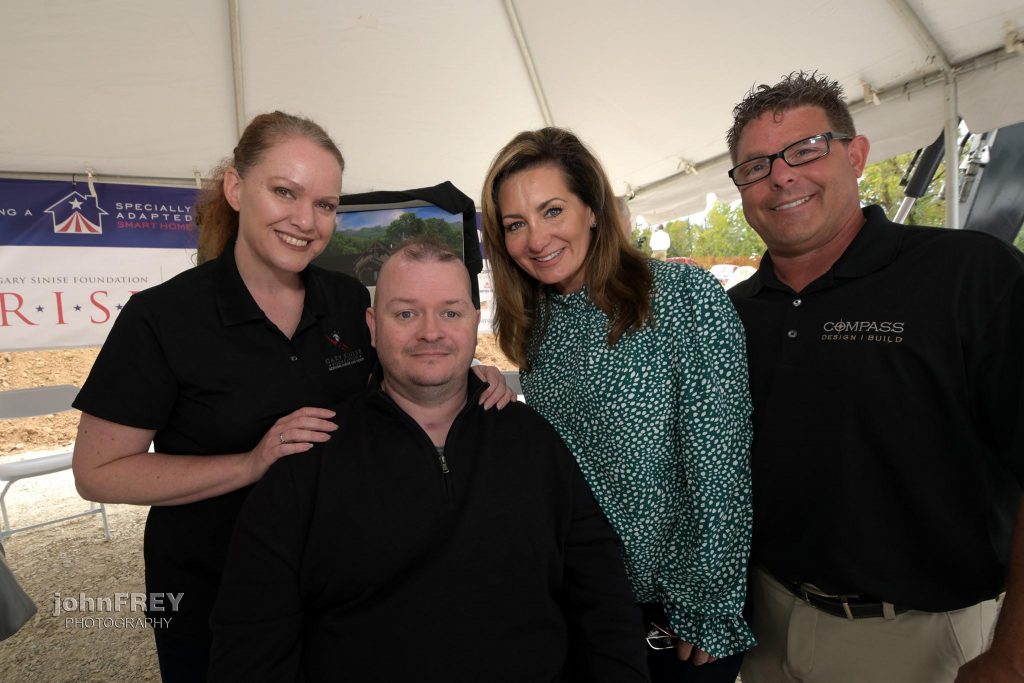 On December 5, 2017, Ryan was transporting a burglary suspect. The suspect pulled out a hidden firearm and opened fire inside of Ryan’s policeSUV, shooting him in the head. He was rushed to emergency surgery where a large portion of his skull was removed.

Ryan spent months rehabilitating and overcoming a series of infections andother setbacks. Just two months after the shooting, Ryan was able to speak his first full sentence. “I just gotta get my badge,” he said, showing that hiswill remained intact. His injuries have left him with severe brain damage causing his right arm to be paralyzed.

Special features in this home, based on Universal Design, include Zero entry at all interior and exterior door units including garage to house entry – no stairs, and automatic door openers with Wave technology at several exterior door units.

Master Bath shower controls may also be operated via iPad, and the masterbath also has heated floors and bench, heated bidet seat with remote control.